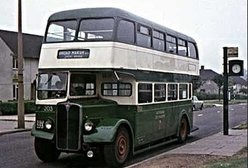 The Fairham hotel was busy Saturday dinner with a pint of Bitter at 15p. A big crowd is expected for the opening league game at Green Lane.

Retford had to withstand some early Clifton pressure and Kalisiak nearly put Clifton ahead in the 5th minute when he headed a long clearance just wide.

Clifton continued to dominate with the striking combination of Daykin and Kalisiak posing continual problems for the Retford rearguard.

Against the run of play Whileman might have put Retford ahead but he mistimed his shot after a Sadler through ball had split the Clifton defence.

After a four man move, a dipping drive from Brookes was only inches over with the Retford keeper well beaten.

Despite their superiority the League new boys could not break the Retford defence in which Handyside was dominant.

But Clifton went ahead in the 38th minute. The Retford defence failed to clear and SIMPSON drove the ball home from 20 yards

Retford only relieved the Clifton pressure with breakaway raids and Dobb shot over the bar from close range 2 minutes before half time.

We are also looking for old team photographs of the past teams to start an archive on the site. Past games can be found in the Information section at the top of the home page