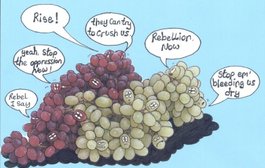 Clifton include local teacher Peter Liversey in their squad of 13 for their midweek home game against Alfreton Town. He comes in because striker Chris Daykin sustained a knee injury in the away defeat at Arnold Town. The player is seeing a specialist to determine the extent of the injury.

Clifton went ahead in first half injury time. A corner by Deakin was flicked towards goal by debut man Liversey and the two Alfreton defence men failed to clear the ball off the line.

After a superior first half showing, Clifton allowed Alfreton to stage a recovery and snatch an equaliser.

Alfreton came back to score in the 64th minute after a defensive lapse. Young was dispossessed by Wadsworth, who ran on to beat Foster, the Clifton keeper from 15 yards.

In a late rally Deakin was unlucky to see his shot rebound off a post with the Alfreton keeper well beaten.

Alfreton Towns manager has told his players “pull your weight or be dropped. The warning came after the Reds pathetic mid week draw at Clifton.

“We threw away 2 points and the chance of sitting pretty with the leaders” said Mr Firth. I have no objection to being beaten by a better side, but all we had to do was match their effort” he said.

At the October league meeting Clifton officials were upset over the action of Alfreton Town, who complained about the state of the pitch at Green Lane.

Says secretary John Raynor “This is the first complaint we have had and frankly I think it is sour grapes. Even at the Annual Meeting of the Midland League, Alfreton were against us.

“They were the only club that voted against our admission although they never stated why. We tried to show them every hospitality when they came to Clifton but they just ignored us. During the close season we spent over 1000 pounds on drainage and have made every effort to comply with the Midland League standards.

Due to the complaint made from Alfreton Town the issue was discussed at the league meeting. It resulted in the President Mr Mr W Roper (Sutton) and Mr A Moore (Arnold) being asked to inspect the pitch.

Said Clifton secretary John Raynor “We have done all we can to adhere to the standards of the Midland League and we are extremely angry that Alfreton should complain. No one else who has visited us have complained so bitterly. I will take the matter up with my committee, it is a slur on the club.