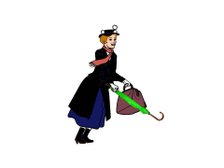 Clifton All Whites - The Players Story 16 of 24

ALL WHITES WIN BOTH TOP OF THE TABLE CLASHES

The top of the table Young Elizabethan League game between leaders Clifton All Whites and Highbury Vale Boys Club produced seven goals - all to the Clifton side who consolidated their position having been beaten once this season.

The All Whites Juniors (Under 12s) emulated the seniors winning away by the odd goal in five, to Bulwell Hall Colts to bring their total to 109 goals in 11 games.

In 1964 it was commonplace for both referees and the opposition sides to be verbally abused from the touchlines. The win at all costs attitude by parents was there to be seen at this top of the table junior clash by these two teams that spilled out in the second half

All Whites Juniors travelled to Bulwell to meet the Colts in what proved to be a very exciting game.

Tension was high and after 20 minutes Outside Right Ekrem receiving the ball from Centre Forward Gualini, beat two defenders to score the first goal for the visitors.

The second goal was a solo effort from Gualini, who beat man after man going through from the half way line, to shoot just inside the post. What a beauty this was. Coming just before half time, it proved just what the visitors needed.

The second half started with the All Whites kicking up the slope and the Colts attacking strongly, but Gualini was there again. Collecting a bad clearance he made no mistake with another fine shot.

The Colts were really trying to compete and scored 2 goals within 5 minutes.

They really shook All Whites and the team had to defend desperately for the last 15 minutes.

Cotterill, Clements and Holland defended strongly, and the visitors were glad to hear the final whistle. Hard luck to the Colts who deserved a point for the way they fought back.

As for the lady with the Umbrella, we could name her but have decided against.

Clifton All Whites 7 Highbury Vale BC 0

Highbury have had only 10 goals scored against them all season - previous to this game - while All Whites realised they had to win this game to stay top of the table.

In the first 15 minuses it seemed to be anyone’s game with play going end to end, but then All Whites scored with a goal from Outside Left Perry as a result of Highbury not clearing their lines.

5 minutes later Rogers scored the second. After this Highbury went on the defensive, but from a corner Inside Left Flynn, who had an outstanding game, forced the ball home.

All Whites were playing splendid football now and further goals came from Fisher and Rogers.

Half Time: All Whites 5 Highbury Vale BC 0

In the second half Highbury realised they had to pull something out of the bag, and they played some really good football to show that they are a team that had considerably improved.

All Whites team work paid off in the end with further goals from Fisher and Rogers. Outstanding for Highbury was Maltby at Centre Half.