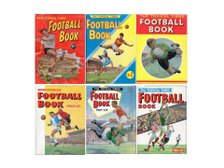 Clifton All Whites - The Players Story 17 of 24

A good crowd turned up in the icy weather to see this match at Bulwell in aid of an Old Age Pensioner’s Fund. The YEL XI playing their first match selected 4 lads from Clifton. The YEL XI had much of the early play with the Half Back line holding firm against Highbury’s attack. Both Teams found it hard to control the Ball on the frozen Pitch.

Highbury took the lead when the spinning Ball beat Marshall the YEL XI Goalkeeper. Highbury kept up the pressure but Battersby and Lockton defended well, whilst Webster, a last minute inclusion, showed up well for the YEL XI.

Maltby for Highbury set up many attacks and Dear on the Left Wing was always a danger. Highbury scored again and shortly after Anderson had to leave the field. The remaining 10 YEL Players, to their credit, defended well to keep the score down.

The YEL XI Goalkeeper Terry Marshall would sign for All Whites in the 1965/66 Season as the All Whites 1964/65 U14 Team transitioned to the next available Competition, namely the Nottingham Youth League U16 section.

In the Intermediate League (Under 14s)

All Whites Under 14 Team consolidated their Top of the Table position in emphatic style in their Boxing Day clash with Rangers.

Plans are now well underway for the young Clifton side to play in Holland.

Tuesday the 28th saw the Lads take off “Down Town” to spend money they had received at Christmas. A couple of them went to Redmayne & Todd’s, their favourite Sports stockist, whilst others bought the latest Topical Times Football Album. Kev Flynn must have had the complete Set as they were always reading them 'round his house!

In the Junior League (Under 12s)

Clifton All Whites took another step in the right direction in their bid for the Young Elizabethan league championship with a great win over Clifton Dynamo.

The star of this match was centre forward Gualini who scored five great goals. Dynamo’s defence could find no answer to this strongly built boy who can shoot with either foot. Further goals came from Ekrem (2), Moseley and Holland.

Both teams put up a good show of sportsmanship under very bad weather conditions.

Readford Sports started their campaign with a 9-0 win followed by a 17-0 win when Clifton AW played them on their ground on January 2. Both teams were unbeaten in the league at the time.

Readford Sports were a very tall side and they came over to watch the All Whites lads walk on to the pitch, trying to intimidate them, but it didn’t work and All Whites ended up winning 7-0, Eddie Lambley scored 4 and Kevin Flynn 3.

The next week Clifton All Whites travelled to Hucknall St Johns and beat them 19-2 to maintain their 100% record in the Church League.

In the Intermediate League (Under 14s)

In the Junior League (Under 12s)

New Clifton were mainly on top with goalkeeper Wharmby having little to do.

Draw for knock out cups