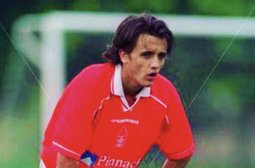 Born in Nottingham, Turner started his career at Clifton All Whites in 1990 as a 9 year old in the same team as Jermaine Jenas. He joined Nottingham Forest as a youngster. He earned promising reviews in the youth team at Forest, and West Bromwich Albion signed him in 2000.

At West Brom he was unable to break into the first team, so he was initially loaned out to Danish club Herfølge

in April 2002; he impressed during his time at the club, and the move was made permanent. In 2004, he returned to England, joining Hednesford Town, but left the club towards the end of the 2004-05 season and joined Eastwood Town. He moved on to Ilkeston Town and Gedling Town, before signing for Carlton Town in October 2006.

Turner represented England at under-16 and under-18 level.