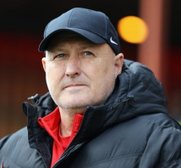 Slade entered professional sports coaching with Notts County in 1993. He briefly took charge of the club as caretaker manager during the 1994–95 season.

Slade then had spells in charge of non-league sides Armitage and Leicester United before joining the coaching staff of Sheffield United in 1997. He had two spells as caretaker manager of The Blades in 1998 and 1999 before the appointment of Neil Warnock.

In 2001, he took over the managerial post at Grimsby Town in 2004 and Yeovil Town in 2006. He was appointed manager of Brighton & Hove Albion in 2009 but the stay was brief and he was dismissed in November 2009.
In 2010, Slade was appointed manager of Leyton Orient and he led the club to two 7th-place finishes, an FA Cup fifth round replay against Arsenal and took the O's to the Play-off Final in 2013–14 – a feat which saw win the LMA League 1 Manager of the Year award.
He left Orient to take charge of Championship side Cardiff City, and spent two years in charge of the side, finishing in 11th and 8th positions before being appointed the club's head of football. In June 2016, was appointed manager of Charlton Athletic.