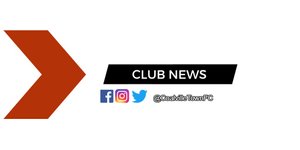 The club would like to clear up some confusion with the upcoming games against Barwell & Tamworth.

After beating Loughborough Uni in the Quarter Final of the Leicestershire County Cup we were handed a game on the 18th February against Barwell at Holmes Park in the Semi Final.

This meant our League fixture against Tamworth would be automatically cancelled, however to avoid further fixture congestion as we approach the season run in we were advised we could pull out of the Leicestershire Challenge Cup for a small fee which the club were happy to do and also meant the Tamworth fixture could go ahead as first planned.

We then received communication that the above wasn't possible and the Barwell Semi Final was to be instead played on Tuesday 3rd March to again keep the Tamworth fixture on Tuesday 18th February.

After sorting with Barwell earlier this week, we advised Tamworth that the 18th February was now available and the game could go ahead but the visitors said it was too much short notice and have now made other plans on that evening so the game couldn't go ahead.

We then reached back out to the Leicestershire FA & Barwell (who we would like to thank for their support in all of this) to re schedule the game for the originally planned 18th February at Holmes park which is now definitely our fixture on that Tuesday evening.

Apologies for the confusion and we hope the above makes sense as to why it's taken so long to confirm.