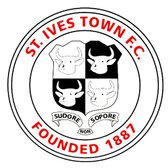 The Ravens bring their season to a close this afternoon when they host St Ives Town at the Mander Cruickshank Solicitors Stadium. Coalville sit 1 place outside the play-offs in 6th place on 67 points in what will be the clubs highest ever league finish in what is their third season at Step 3 level.

The two sides met back in September in the corresponding fixture where the Ravens ran out 1-0 winners thanks to a second half goal from Tim Berridge. St Ives are 13th in the League Table having picked up 52 points from 41 games, both sides have had a fantastic season considering both were tipped to be relegation favorites at the start of the season by the bookmakers.

A reminder that after the game there will be a race and raffle night in aid of raising money for Courtney Wildin, we will kick off with a race night at 6pm followed by the raffle draw at 7pm. Raffle tickets can be purchased at the game. A list of prizes can be seen on the below link: