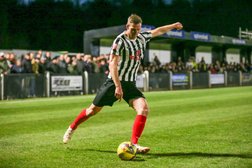 By CTFC Admin
5 days ago
Share via
FacebookTwitter
https://www.pitchero.com/clubs

We are delighted that three more of last seasons squad have been retained.

Manager Adam Stevens was happy to finish of the retention business meaning we have secured 13 players from last seasons squad on top of the first two new arrivals in Thanoj & White.

The players are returning for pre season training on Saturday 25th June with more potential signings in attendance. You can expect to see these players down as trialists during the early pre season games until officially announced.

See you all at Anstey Nomads on Saturday 9th July!