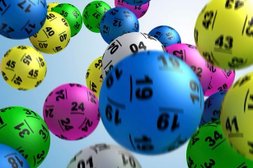 The winning Tote Numbers for Saturday 28th September were 19 & 2.