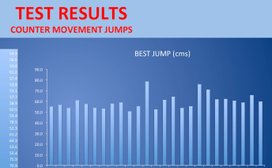 The First Team are back in pre-season for their testing...

After weeks of distanced training in bubbles, we were back in Thursday for the pre season testing courtesy of Sports Scientist Chris Neville

Having spent the last 5 weeks in bubbles, since the government announced non contact training in small groups, it was great to be given the go ahead to resume regular training (with social distancing caveats applied) ahead of competitive friendlies to start in August.

The previous sessions had been used mainly to get the lads in for some form of fitness but mainly the social interaction and getting a ball at their feet. Any concerns around how to adapt sessions to the non contact and social distancing guidelines were quickly forgotten, with a fantastic coaching team full of ideas and enthusiasm. Lee Innes, Craig McManus, Pete Doherty, James Cameron, Thierry Messi, Romon Forrester, Franco Abbattacola and Tayo Oladele were all on hand each week to ensure the 45 players from the First and U23 sides were able to train in their individual groups.

On Tuesday, Chris Neville, a top Sports Scientist and Performance Consultant who spent 4 years working with the England National team, came in to put the guys through their testing. The players had to have their weight and BMI taken, a jump test, and an aerobic yo-yo test. With training resuming twice a week from now, they’ll be able to get their sharpness up before the re-tests prior to the season start.