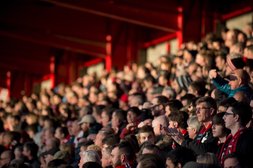 Like the weather, things are certainly heating up for BetVictor Southern Division One Central clubs!

It’s a very big few days for our clubs but what will the Bank Holiday weekend bring?

We’ve teamed up withVanarama to bring you Vanarama Non-League Watch!

A long weekend off work, local derby games and even a heatwave thrown in for good measure. If you handmade a Bank Holiday, you couldn’t top that!

It’s not just league action on offer either – the FA Cup is back with a whole host of ties sure to whet the appetite. But who’s going to bag a windfall and a place in the next round?

The winners of course take home nearly £3,000 but the loser also doesn’t exit empty handed. This year the defeated team will earn £960 for their efforts, the FA have announced.

Corby Town will need to be on their guard against Holbeach United and two-from-two Berkhamsted are heading to Wembley.

Yaxley and Biggleswade face-off with both sides looking to bounce back from opening day defeats.

Welwyn Garden City got off to the best possible start in the league – will a trip to Wingate & Finchley bring them another victory?

North West Counties League Whitchurch Alport are looking to knock Coleshill Town out, but Cameron Stuart might have something to say about that.

Wantage welcome Thame Rangers to Alfredian Park while St Neots are on the road to Godmanchester Rovers.

Kempston Rovers and Kidlington are both out on the road – they head to Gorleston and Bishops Cleeve respectively while Aylesbury United entertain Brimscombe & Thrupp.

Aylesbury Vale Dynamos await North Leigh while Thame United are looking to get back to wining ways against Leighton Town.

A trip to Cambridge City is on the horizon for Barton Rovers, Bedford Town will be hoping Deeping Rangers don’t enjoy their trip to the New Eyrie too much.

And of course, when the fanfare of the FA Cup has all died down the teams are straight back at it on Monday when the league returns!

Fresh from their FA Cup encounter, Yaxley and Biggleswade get another shot at each other on Monday while Daventry look to continue their perfect start at Coleshill.

Top of the pile Berkhamsted are on the march but Welwyn Garden City won’t roll over after winning their opener.

Bedford Town are licking their wounds after a thumping defeat on Tuesday night – can they bounce back against winless Corby?

Kidlington and Thame United meet each other both looking to get on the board. Didcot are also looking for their first points but face a tough trip to Aylesbury.

Elsewhere, St Neots head to Kempston Rovers while North Leigh host Wantage Town, with both sides looking to register their first win of the new campaign.

Vanarama have recently launched the Club Reward scheme to help fans back their club’s budget. Every time a fan takes out a brand new van lease with Vanarama or a brand new car lease with Mototama their club will earn £100 and you will receive £30 cashback!