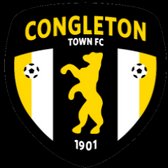 FA leave Bears in the NWCFL for the 22/23 season

There were some concerns that the Bears could take a sideways move to the Midland League (as almost happened at the start of this season.
The NWCFL Premier will run with 22 teams next season (one more than this).
Macclesfield and Skelmersdale have been promotoed whilst Golar##car (promoted from Div 1 North) have been moved to NCE League.
New teams in the prem will be FC Isle of Man, West Didsbury and Chorlton and Bury AFC (all promoted from Div 1) along with Kendal Town, relegated from Northern Premier League.
Share via
FacebookTwitter
https://www.pitchero.com/clubs
Recent news