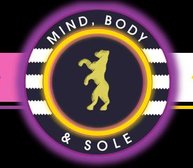 A superb win for the Bears in front of a crowd of 316, following on from the mid-week demolition of Bootle in the FA Cup.

The Bears were one up in the first two minutes, Shakeel Jones Griffiths firing in one low into the bottom corner from outside the box

It was two just a few minutes later, Daniel Needham beat the defensive line and chipped the keeper for a great finish.

Tom Pope thought he had made it three, but the flash was up.

Bears were dominant and looking threatening every time they went forward. It was three on 42 minutes, Tope scored from a header straight from a Pete Williams corner.
Half time 3-0 to the Bears. I have of the most dominant Beaes performance for a while.

Manager Richard Duffy made it 4 just a free minutes into the second half with a powerful header.

The visitors pulled one back on 57, Bass Jnr firing past David Parton.

Despite this minor setback the Bears continues to be the better team and the scoring was completed on 69 minutes with a superb George Sankey finish, beating the defense as he ran on and smashed the ball part the keeper.

The final whistle brought to an end superb Bears performance and an excellent three points.