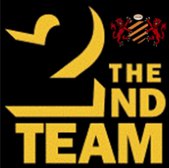 2nd's through to final

After a disappointing loss to Bishop Auckland 2s the weekend prior the lads were keen to bounce back immediately and what better way to do it that victory in such a decisive game!
Consett knew what Boro would bring after succumbing to an early season 65-5 defeat down at Acklam Park. Despite another windy day there wasn’t much of an advantage for either team as the gusts blew directly across the pitch.

Consett looked to set the tone for the game early with clever territorial kicking keeping Boro pinned back deep into their own half. The first 3 points of the game coming for Consett after prolonged pressure in the Boro 22. 3-0. Consett resisted strong Boro attacks with some resolute defence for a lot of the first half with multiple try saving tackles, some held up over line however Boro hit back scoring a penalty of their own ending a tense first half 3-3.

Consett’s game plan wasn’t to change and knew if they continued to apply the pressure in defence they had demonstrated throughout the first half it would eventually show its reward. Consett took the lead after an unforced error from Boro on the half way line which led to an intercept by centre Matthew Varley who went the distance to dot down under the posts to make an easy conversion. 10-3. Again Middlesbrough came back fighting and after a few episodes of indiscipline giving them good possession in Consett’s 22 they got their reward with their first try of the game out wide. The conversion which was missed narrowed the games scorline to 10-8 with 20 minutes to go. Boro were in the ascendancy and used their powerful forward runners to generate a good period of possession inside the Consett 22 resulting in their second try of the game giving them the lead. 10-13.

The final 15 minutes was an edgy affair for both sides with some great territorial kicking from Boro’s replacement fly half and some equally good clearances off the shins of Nathan ‘Sheeeeeraaaaa’ Buzzcocks. The initial Consett game plan continued to be implemented of territorial gains and disciplined defence leading to a penalty opportunity to tie the game 10 mins from time. 13-13. With only a few minutes to go Consett remained in the ascendancy with some strong running, breakdown recycling and ball retention leading to some further indiscipline from Boro giving Cook the opportunity to put Consett in front with less than a minute to play. From the restart Consett earned a penalty and kicked to touch. The line out was lost giving Boro possession inside the Consett half with the full time whistle looming. But Consett were able to bundle the Boro player into touch putting an end to a nail biting game seeing Consett successfully progress on to the next round of the candy cup, whilst picking up a league win in the process. A passionate & determined showing from Consett after a disappointing game last week was amazing to see.

Next week Consett travel to Ryton RFC looking for victory which would see them progress into the next round of the 2nd XV County Cup.