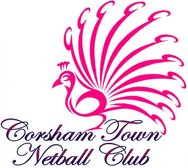 Training sessions are held (indoors!) weekly during school term times, and though each session is different, you’ll always get some fitness training, some ball and skills drills, and some match play. We do, however, expect all members to take responsibility for their own overall fitness levels!