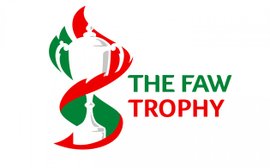 Manager David Jones thoughts on the tie
“This is going to be a tough tie to an established division 1 side who ran Llangefni close last season and had a fantastic run in the FAW Trophy last season. It is going to be tough task but the squad is coming together and learning quickly. We are looking forward to the game and testing ourselves against higher league opponents.”