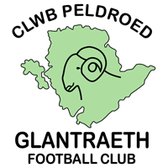 "Firstly, I would like to congratulate Trearddur Bay Bulls on the winning the game and on their new project. It is good to see football back at Trearddur Bay, a good club where I look back fondly at my 3 years there.
After a turbulent pre -season which saw a whole new squad been put together, in a relatively sort period of time, we are now up and running for the season. This is only our third game as a group and are still finding our feet. Although, it was a disappointing result yesterday it is in essence a new start for the club. With all but 3 of last seasons squad remaining it has been a full rebuild both on and off the field. Yesterday saw no more than 11 league debuts for the club, 6 under the age of 18. This was a tough first outing in senior football for the lads, but with plenty of games in August and players returning, we have plenty of opportunity to get up to speed and learn quickly. I'd also like to wish Elliot a speedy recovery from his shoulder injury - Get well soon!
With squad moving on from last season, we felt as a club now was the right time to take a fresh approach to recruitment. We are looking to integrate younger players who can develop while bringing in senior players to help create a committed and positive environment where both the players and club can be successful. Any players who feel they would like to be part of our project feel free to contact either David Evans, Lefty or myself.
We now train Monday and look forward to our visit to CPD Llangoed on Thursday evening."