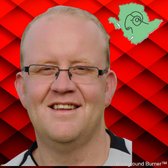 Sion returned as part of the management team for the 18/19 season with Warren Gibbs and David Jones. Following the departure of Warren to Conwy Borough Sion agreed to stay alongside David Jones until the end of the season. The season ended with a 4th place finish and winners of the Gwynedd league Safeflue Shield.
Following the final game Sion has decided to stand down from his role at the club. The club would like to thank Sion for his efforts this season and he will be a loss for the club.
Share via
FacebookTwitter
https://www.pitchero.com/clubs
Recent news