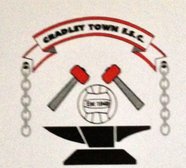 The club was originally formed in 1970 as Albion Haden United following a merger between the Haden Rangers and the Albion Rovers. The name changed in 1975.

In 1971, the club joined the Midland Football Combination in Division Two. They were league champions at the first attempt, but were not promoted. They also finished runners-up in Division Two on two occasions in the mid 1970s, but it was not until 1979 that they finally gained promotion to Division One. In 1983 they switched to the West Midlands (Regional) League, starting off in the Premier Division, but were relegated in their first season. Promotion back to the top flight came in 1991, and for the next seven seasons they were generally a mid-table team in the Premier Division. In 1998/99, however, a sudden change of form caused the Hammers to finish in second place and gain promotion to the Midland Football Alliance, where they played until 2010. In those eleven seasons they have only twice finished outside the bottom four in the league. They were finally relegated after finishing bottom in the 2009-10 season.Since then they have been in the West Midlands (regional) League.Noteable cup run's took place in 2008/09 season under the guidance of Marcus McDonald Cradley reached the second qualifying round of the FA Cup beating three teams along the way.In 2007/08 Cradley reached the second round proper of the FA Vase.
Ryan Rowe in 2008/09 won the Midland Alliance Golden Boot with 30 league goals.