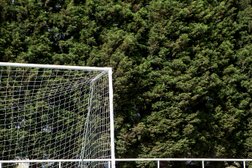 Maroons well beaten in the battled of the Greens

The Maroons were given a first half 4-1 mauling by Leverstock Green who moved up to 3rd in the League.

Kicking down the slope the hosts quickly raced into the lead when Ethan Mooney rounded Sam Fearon-McCaulsky to make it 1-0.

Four minutes later Crawley equalised with the goal of the game. Luke Andrews made a good run down the middle and unleashed a cracking drive from 35 yards which flew into the net off the keeper's right hand post.

Leverstock came storming back and McCaulsky made a double save to deny Mooney and Lewis Collins. After 25 minutes Collins restored the host's lead when he was given a free run on goal to make it 2-1

Seven minutes later Collins scored again as he waltzed through the Crawley defence to make it 3-1. McCaulskey then tipped an effort over from Ollie Lawford before more bad defending allowed in Kian Wilkes to make it 4-1 at the break.

To their credit the Maroons improved in the second half. Issiah Brown-Smith had a good cross from the left which went begging and Dan Blackman provided a chance for Zion Selassie-Joseph which he headed over.

McCaulsky then made a great save from Lawford and Brown-Smith replied for the Maroons with another cross which was saved by Alfie Bonfield. However it was too little too late from Crawley and Leverstock ran out comfortable winners.

Crawley Green Reserves ran out 5-3 winners at Shefford in the Beds Senior Trophy with goals from Rob Newman, Lui Sarrington and a hat trick from Reece Green.