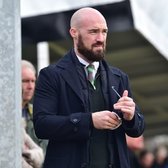 The Millers manager gives his thoughts on the current pandemic

First and foremost, I need to make it clear that the following views are my own and not that of Cray Valley PM Football Club or any other organisation for which I work. I’m always hesitant in writing public articles, conscious that life is full of opinions and that mine are no more valid than the next. But as the club have asked me to give my views, I am happy to comply.
I do not proclaim to be a medic and I have the same access to news updates as anyone else. I am however a ‘true’ key worker and am experiencing the extreme pressures that the pandemic is causing. I use the term ‘true’ as I find it increasingly frustrating that a minority are exploiting the vague categorisation of a key worker, just to reap a perceived reward. And the saddest part is that the ‘reward’ they believe they are receiving is not having to look after their own children!
In any time of crisis, it is people’s decision making that has the lasting effect. We are clearly experiencing many examples of selfishness and naivety in society, with individuals choosing to ignore clear instructions to the detriment of many others. Again, such people are a minority, and we must take humility and warmth in the overwhelming majority who are choosing to comply and respect authority and the advice of those who know more.
If I’m completely honest, in the early stages I was sceptical about the magnitude of this virus. But with many illnesses, until it touches our own lives in some way, we give little acknowledgement.
There is no better example for me than Sepsis. Eighteen months ago, if you had asked me about Sepsis, I would have been able to tell you that it’s your body’s response to an infection. In my mind the ‘life threatening’ aspect was rare and that a wonderful young healthy man losing a limb as a result of Sepsis was almost unimaginable. If that wasn’t enough heartache for one family, just a year after a miraculous recovery from the young man, the often controversial and humorous father is diagnosed with cancer.
Likewise, if you had told me in 2010 that the strong, witty man I was sitting with in a Las Vegas casino would develop a brain tumour a few years later, and within five years be severely immobile, I quite frankly wouldn’t have believed you.
Fortunately we, as a nation, are being given warning signs and so we must be diligent in the roles and responsibilities we have.
In terms of the game that unites us all, cancelling fixtures until further notice at all levels was undoubtedly the correct decision, even though many questioned the decision at the time. There is obviously lots of speculation regarding the 19/20 season; will fixtures be finished? Will there be promotions/relegations? Will the season be voided? What support is in place for clubs whose future is in jeopardy as a result of the pandemic?
I will start with my views on the latter. Every club has been affected and sympathy should be shared. Loss of revenue, combined with ongoing overheads is consistent with all. Cray Valley PM are no different. We have never been over reliant on spectator revenue as sadly we do not generate enough from this source alone for the club to be sustainable. I read that clubs are complaining that they are not receiving their usual ‘gate income’. Whilst I’m relatively sympathetic, they should also understand that they are extremely fortunate that in the past they have such support in terms of attendance and that in the future, they will no doubt continue to get it. The committee at CVPM work tirelessly on other streams to fund the existence of the club, all of which have been hit hard in this crisis. But we are relentless in making sure that the future of the club is not in jeopardy. The players have been extremely understanding through this difficult period as many who have been at the club for a sustained period know that loyalty is a binary trait.
With regards to the current plight, I feel that voiding the season would be an injustice. There should be some acknowledgement for the eight months of planning, hard work and as a by-product, the results. This sounds extremely harsh, judgemental or accusatory but voiding the league would only really benefit the clubs likely to be relegated. I’m not suggesting that the clubs towards the bottom of the leagues have not worked hard but the reality is that they are there for one reason or another and over an average of 30 games, the sceptics could say that they deserve to be there. However, I fully respect that there are many complications and considerations in the decision making process and any decision will fall under some criticism. One complication is that teams have not played an equal number of games and so ‘points per game’ averages gives a more realistic picture. A lot will be determined by decisions at the top tier.
One model would be to promote but not relegate (unless relegation has already been mathematically decided). The Premier League would gain an extra three teams but if any league has capacity to deal with more fixtures, it would be the elite level. This model is slightly more complex when the steps split from below National League level and become regional.
Whatever the future holds, football is at the moment just a secondary thought and our prayers and wishes remain with all those who are affected by undoubtedly the most concerning battle the human race has collectively experienced in my living memory.
I hope you all stay safe and we get back to some sort of normality soon. X
Kevin Watson
Manager
Cray Valley PM Football Club
Share via
FacebookTwitter
https://www.crayvalleypmfc.com
Recent news