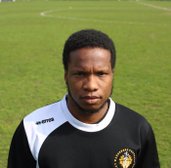 Cray make it a perfect 10 with victory at Dereham Town

Cray Wanderers made it ten wins in a row as the final game of the season ended in a fairly routine victory against Dereham Town. The Wands remarkable run of form has taken them from 23rd place and 22 points on 17th March to a respectable 16th place finish with 52 points which took them seven points clear of safety.

The Wands contingent of players, committee and supporters who were bedecked in stylish and classy Great Escape T-shirts made the long trip up to Norfolk looking forward to a stress free league match for the first time this season. Manager Tommy Warrilow made three change to the side that started against Tilbury last Sunday with Max Fitzgerald, Adrian Stone and Orlando Smith coming in for Rory Hill, Carl Rook and the suspended Chris Piper.

The game against a Dereham side which would have needed a miracle score to reach the playoffs had a real end of season feel although a fairly strong breeze possibly spoiled the game as a spectacle after a lively first few minutes.

Cray had an early let off as the Magpies created the first chance of the game within two minutes. Lewis Wallace played the ball through to Kyle Downes who beared down on goal and as Luke Colquhoun advanced off his line Downes lobbed the ball wide of goal.

The Wands came close on 5 minutes as Tom Bolarinwa ran down the right hand side and played the ball across to Cesc Fakinos who hit a fine shot which just cleared the crossbar.

After this bright start to the game the match then went through a quiet phase which wasn’t helped by the wind. The nearest to a goal came when Helge Orome’s free kick was nodded on by Adrian Stone to Bolarinwa who shot over the top.

Despite the conditions Cray did try to play inventive football but on a number of occasions the final ball or pass was lacking whilst the home side seemed keen to lump the ball forward but the usual resolute defending from Nick Humphrey and Max Fitzgerald snuffed out any threat this approach would have of creating openings.

Cray did have one let off when an in-swinging corner from the left by Aaron Kay helped by the wind went sailing narrowly across goal and wide.
In the last five minutes of the half Cray started to play the ball around with more composure and a free kick from the left by Fakinos some 20 yards from goal was met by the head of Stone but went straight to keeper Andy Wilton.

In the 41st minute Cray took the lead with a very well worked goal. Bolarinwa played the ball across from the left out to Orome on the right who cleverly beat the Dereham offside trap. Orome’s fine ball across the box fell to Stone whose effort was parried by Wilton and the loose ball fell to Orlando Smith who finished emphatically from 4 yards.

The second half continued the way the first half ended with Cray on top and the Wands completely dominated the second half.

The half got off to a slow start following a collision between Smith and Fitzgerald led to a hold up in play. Dereham had a fair bit of possession but never really got behind Cray at all during the half and it was Cray who had the opportunities to add to their lead.

The wind nearly contributed to a bizarre goal from Colquhoun as his huge wind assisted kick bounced up inside the six yard box and Wilton had to push the ball over for a corner.

Shortly after Warren Whitely was played through but the winger seemed to be slip slightly before shooting and the ball went wide. Then Bolarinwa who had another lively game cut in from the left but pulled his shot well over.

In the 65th minute a left wing corner from Smith found Fakinos who from six yards out blazed the ball over.

The only semblance of a threat from Dereham was a free kick from Kay which curled away from goal and behind for a goal kick.

With the game entering the last ten minutes Cray upped the tempo and substitute Carl Rook who had been on the pitch for barely a minute had an opportunity when put through inside the area and his shot was deflected for a corner.

Moments later Rook came close again with a similar chance but this time tried to take the ball round the keeper but shot wide.

There was still time for Bolarinwa to set up Alex Teniola who pulled a shot wide as Cray looked to comfortably see out about 6 minutes of injury time.
Great credit must go to Tommy Warrilow and his coaching team and of course to all the players that have been involved in this incredible run as the football they have been playing has been so pleasing on the eye. This in despite of the pressure of having to escape relegation the club has in the past few weeks beaten Harlow Town, Brightlingea and Dereham who have occupied the top end of the table for most of the season.

Many of the supporters present today will never forget these past seven weeks which have electrified the club and given back a lot of pride after a difficult couple of seasons. The players have become household names and impressed with their desire and workrate. With an excellent young keeper, the impressive Orome and Nathan Simpson, the strong pairing of Humphrey and Fitzgerald ably helped by Steve Springett. A really inventive midfield with Cesc and Chris Piper and Smith and two tricky and quick wingers, Whitely and Bolarinwa and a good combination up front of Teniola and Stone or Rook.

To everyone associated with Cray Wanderers, Chairman, Vice Chairman, Committee, management, players and supporters have a great summer and hope to see many of you back for pre-season and for the start of the 2015-16 season.