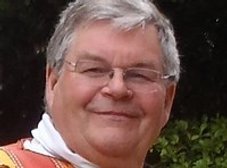 It is with great sadness that the society has learnt that Nick Pett died of pancreatic cancer on Sunday, 13th January 2019.

The Society has sent its condolences to his wife Gillian and his family.

Nick was an Honorary Member of the society having joined CUDRRS in September 1972 when he gained a secondment to the Cambridge Institute of Education. He had started refereeing with the East Midlands Society and was keen to continue.

Society meetings were held on Mondays at the Baron of Beef in Bridge Street so he went along, introduced himself and was given an appointment.

He became a prominent and active member of the Society and served on its General Committee which appointed and graded referees when the society was joined to Eastern Counties for administration.

He refereed with CUDRRS for about 20 years and reached Level B1, the equivalent of the current Level 6.

He became an adviser and was Advising and Grading Manager for a time after the formation of the Central Federation in 2000.

He promoted cooperation between CUDRRS and the Cambridge University RFU as SMAC and also served as an officer of the University CB as executive secretary and chaired its Disciplinary Committee.

Two of his three sons, Daniel and Jonathan, trained as referees with CUDRRS

In the Society's Diamond Jubilee Hand book in 2009, Nick said " I have continued with my membership because I have always enjoyed the Rugby world and in our Society there are some really fine men.
It has kept me in touch, given me a range of interesting jobs and some challenging discussions, not just about the Laws but about man management. Long may it continue!"

His service was a fine example of commitment to the Membership Charter.