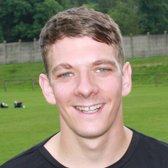 Dalbeattie Star is delighted to announce that Ritchie Maxwell has been appointed as the new manager of the club.
Ritchie enjoyed a highly successful nine year spell as a player here at Islecroft and will be hoping to repeat that as manager. He was of course part of Darren Kerr's coaching team in the season just finished and will step up as number one with immediate effect.
Further news regarding backroom staff and new players will be announced as soon as appointments have been made.
Share via
FacebookTwitter
https://www.pitchero.com/clubs
Recent news