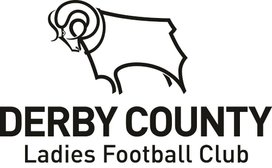 A large and vocal crowd saw Derby County Ladies 100% start to the season continue at their Don Amott LG Arena home at the weekend, with a hard fought 3-1 win over Huddersfield Town. The win sees Ewe Rams sit joint top of the Women’s Premier League having progressed to the second round of the league cup the week before, however John Bennett’s new look side were forced to work hard for the win.

The Visitors enjoyed the better of the opening exchanges, however Derby slowly began to take control and were rewarded shortly before half time through a stunning opener from winger Lauren Nicholls, who having picked the ball up deep in her own half beat four Town players on the counter attack before firing home from 25 yards, albeit with a slight deflection.

Both sides had chances to score in the second period before a long ball over the top saw Lorna Abbey somewhat harshly adjudged to have brought down the league’s leading scorer last season, Emily Heckler in the area. Heckler duly dispatched the penalty, despite 17 year old Rams keeper Zoey Millington getting a strong hand to it.

Both sides looked to press for a winner, however Derby broke the deadlock 15 minutes from time as Nicole Ledgester fired into the top corner from 20 yards after excellent build up play by Leanne De Silva.

Bennett has already shown this season that he is not afraid to give the clubs younger players a chance and brought on 16 year old forward, Ellie May with 10 minutes to go. May who had only played for the clubs Under 18’s the day before sealed the win 3 minutes from time with a cool one on one finish to the delight of the home support.

Speaking after the match, Bennett was not only delighted with the result, but pleased with the way in which it was achieved. “ Huddersfield have provided us with our toughest test of the season and they will probably view the two goal margin as harsh. We have spent a lot of time this season on working on our shape when we don’t have the ball and in that regard I thought we were excellent. We are naturally disappointed to have conceded our first goal of the season, however I felt the decision was a poor one. The referee was in a far better position than the linesman who has adjudged Lorna’s challenge to be a foul, however it’s never easy to overrule your assistants. That said it’s a long ball over the top and we should have done better in dealing with it “

Bennett was equally pleased with his sides use of the ball in possession and the performances of Millington and May. “ The players have fully bought into our playing style philosophy and are rightly getting credit for its execution. When the match day sponsor tells you that he could quite easily have awarded the Derby player of the match award to any one of half a dozen players, you have to be pleased, however I thought Zoey was brilliant from start to finish and showed a calmness and maturity way beyond her years. In terms of Ellie she is one that we need to bring through in the right way, however i’ve had no hesitation in introducing her into a pressure situation and she’s justified that by putting the game to bed for
us. “

Elsewhere the clubs Reserves enjoyed a superb 6-2 win away to rivals Nottingham Forest, whilst seven of the clubs academy sides were in action with six of them securing wins and the recently introduced U18’s Development side gaining a credible 0-0 draw with Burntwood.