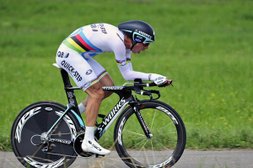 East Surrey HardRiders Time Trial was started by East Surrey Racing Club in 1958, and has been run every year since apart from a cancellation due to snow in 1968.

The list of past winners shows that the event has attracted many top riders over the years. A number of these, as well as local club riders, have ridden the event many times, justifying the popularity of this early season test. Past winners include Sean Yates (twice) and Michael Hutchinson (4 times). Dorking Cycling Club took over the promotion of the race from East Surrey in 2017 and introduced a popular road bike category.

We're particularly keen to see increased women participation, and there is equal first place prize money for Men and Women.