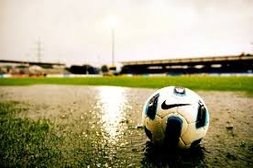 Coming up next – Old Bromleians Res

Following back to back defeats, we look to the Queen Mary Cup to restore some much needed confidence. Last week’s game was disappointing for a number of reasons; the loss of our 100% record, the overall poor performance and the serious ankle injury for Dec – ligament damage will keep him out for many weeks. Best wishes for a speedy recovery!

Although our recent record in the QM Cup is not good, falling at round one in the last two seasons, we have a strong chance of making the next round! What do we know about our opponents? Very little; I can’t remember Drummond ever playing against an Old Bromleians side in our history!

Old Bromleians FC was founded in 1922 and play their home games in Bromley at Scrubs Farm Sports Ground. Their 1st team play in Division Two West of the Kent County League and they currently sit fifth; winning two of their seven games. We face their reserve side, from Division One where they currently sit 9th and bottom with two points from five games.