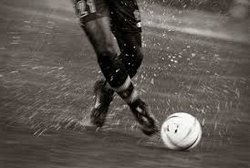 Coming up next – Wickham Park FC

The Suprcala game was there for the taking...

Following the disappointment of an early London Junior cup exit we get back to the league as we welcome Wickham Park to Well Hall in an early season ‘top of the table’ clash. With both teams holding a 100% record something will have to give. Let’s hope we can show the same form as our opening three games and get back to winning ways at the first attempt.

The main disappointment is that last week’s game was there for the taking but we failed to put our chances away! If we play like we did against Old Roan then hopefully the goals will flow!

Our recent record against them is patchy; played 6, won 1, drawn 2 and lost 3. We’ve scored 8 goals in those 6 games, conceding 13. The win came in January 2012, with goals from Joe Neville, Sam Chapman and Kieran Crowley.