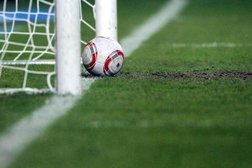 Drummond bounce back on the beach of Brazil

Drummond Athletic bounced-back from a disappointing week six with a strong performance and plenty of points in a 7-1 away win at Croydon BR.

Following the 3-1 home defeat to Long Lane, where Tayler Mott was the only point-scorer of note (7), Drummond turned on the samba-style in conditions that were in stark contrast to the Copacabana.

The fantasy must-have of the season so far, Charlie Boyles, top-scored with a brace and a pair of assists, his 19 point haul keeping him top of the overall standings.

New kid on the block George Mitchell claimed his first double figure haul with 16 points and Charlie Servis’ second assist in two weeks continues to entice managers who have been dismissing the potential of Drummond defenders.