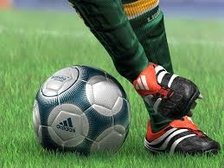 There were attacking points aplenty

Those yet to jump on the Drummond Athletic bandwagon were left ruing their mistake once more as the team continued their excellent start to the season with a 10-0 victory at Old Roan A.

Despite letting everyone down with an unnecessary booking in the first half, a third clean sheet in a row and an assist meant Charlie Servis topped the defensive ranks this week on 8. A score matched by midfielder Dom Bailey, who also claimed an assist and a couple of handy bonus points.

The upcoming International Break/London Cup fixture looks set to give fantasy managers two weeks of sleepless nights as the fixtures take a tougher turn for the Drum.