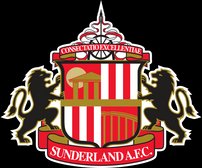 Imagine booking your hotel and transport to an away game only for the date to be changed?

And to make matters worse...you can't make the new date!

This is the scourage of modern professional football, and lots of SUNDERLAND supporters have fallen foul of this when their scheduled Championship match on Saturday 28th April at Fulham has just been switched for the benefit of the television excutives and armchair fans to Friday 27th, the day before!

With many hotels and train tickets that are booked in the capital unrefundable at fairly short notice they are forced to come down to London for a pointless trip.

But to help ease the pain we are offering them the chance to pop along to the KNK Stadium, our temporary home at Tooting & Mitcham United this coming Saturday28th April, when we play host to Margate FC.

No doubt they will find our non-league football down here cheaper than the admission prices at Craven Cottage, but it's still going to be an expensive weekend for them.

So any Sunderland fan who comes to our match with Margate on the Saturday can get in FOR FREE on production of either their Fulham v. Sunderland away fan ticket, a current Sunderland season ticket or a coach or train ticket from Sunderland to London for that weekend.

We know it won't be quite the same as watching your beloved Black Cats, but we can promise that-unlike our hosts Tooting and Mitcham United- we don't wear black and white stripes!