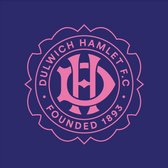 After confirming multiple positive tests for covid-19 within the Dulwich Hamlet squad, the plans to bring forward a fixture against Tonbridge Angels to last Saturday were cancelled and the upcoming game on Saturday January 9th against Slough Town has been postponed. Plans which were also underway to reschedule an earlier postponed game against Maidstone United for this week have also been cancelled.

After working closely with the National League our game at Hampton & Richmond Borough on December 28th was identified as the event which was the most likely source of the outbreak and therefore the period of full isolation for the club will extend to all playing and coaching staff in attendance at that game and will run until Friday January 8th. The club will then need to observe the mandatory 48 hour window at the end of the isolation period before returning to action hence the postponement of the Slough Town fixture the following day. The return to training and games will be dependent on continuing to track any cases in the playing squad and the safe return of those affected.

Further updates will be provided as the situation evolves and we send our best to our players who have tested positive, and thank Tonbridge Angels, Maidstone United and Slough Town for their understanding. We would also like to thank the medical and safety officials at the National League for their quick and effective response.