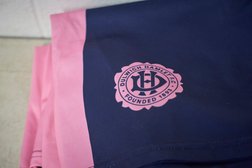 We are pleased to announce that Ben Dempsey has joined the club on a one-month loan from Charlton Athletic. Dempsey is a 19-year-old midfielder and recently featured on the bench for Charlton in the Championship against West Bromwich Albion.

Dempsey has been at Charlton since Under 9 level and is a product of their educational partnership with the Harris Academy. He captained the Under 18s to the Professional Development League 2 title in 2017/18 and is now part of Jason Euell's Under 23 squad.

Meanwhile, defender Nathan Smith has also signed for the club on a short-term deal, while we negotiate a long-term deal. He has been training with the squad for the past few weeks.

Smith - who can play at left back or centre back - was at Dagenham & Redbridge last season and amassed over 250 appearances for Yeovil Town over two spells at the club. He is Yeovil's record appearance holder in the Football League.

Both are available for tonight’s FA Cup game against Carlisle. Everyone at the club would like to welcome them to Dulwich Hamlet.