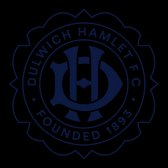 Liam Hickey pays tribute to a Hamlet legend and original Rabble member, who sadly passed away in October.

Big Paul, as he was called by everybody who knew him, suffered much ill health over the last few years. However, whilst his presence at Champion Hill may have reduced, his love for the club and part in its history should never be forgotten. It is fair to say that without Paul, the club may not be here today.

Undoubtedly, Paul gave the best years of his life to the club and made many personal sacrifices, during a time when the number of people devoted to keeping it alive was constantly diminishing. As a result, Paul fulfilled the roles of Health Club Manager at the Hamlets Health Club, Match Secretary, Club Secretary, Committee Member and Groundsman, all at the same time. After that lot, he would be found serving behind the bar.

For all those roles he was getting paid only a small amount of money for working at the Health Club and often even that was not on time or for the full amount agreed. As well as following The Hamlet, Paul was, like his friend Mishi, a “collector of new grounds” and an avid programme collector. Paul was an original member of “The Rabble” who would be found in all sorts of far-flung places at all sorts of weird times and in all weathers following a team that was hardly setting the world alight. Behind his gruff and curmudgeonly exterior lay a funny and sensitive person, who became a good friend to the few of us who were following the club at the time.

I am sure he has already met up again with Mishi and they will be reminiscing about people, places and events that will never go to print.

The club looks forward to welcoming Paul's family to our game with Hampton & Richmond Borough on Saturday 5th November.