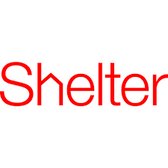 The aim is to walk all the way to from Dulwich Hamlet Football Club to Wingate & Finchley Football Club, setting out as a group at EIGHT O'CLOCK for the twelve mile journey to the far side of North London.

EVERY PENNY RAISED will be split between the 'Inter City 125' campaign, which is the Hamlet fans' fundraising to take our First Team squad over to Hamburg in July next year for a pre-season training camp, which will include two matches, culminating in a celebratory 125th anniversary game between ourselves and our close friends from Altona 93. You may recall that they came to Champion Hill back in 2015, their trip being paid for by their own supporters.

Conscious of the fact that while 'charity begins at home' in this instance, there are many people out there who are homeless, or do not have permanent accommodation, so we are giving HALF of what we all raise on this walk to the much-respected and vital charity SHELTER.

If you have been unable to volunteer for the walk yourself, and have yet to sponsor anyone, if you are in a position to do so, you can donate online by CLICKING HERE at the sponsorship page of one of our walkers.

Thank you all for your support, both financially and morally, if you could not donate this time.