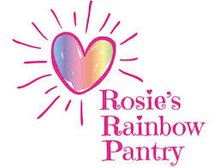 The Mitch Todd 7s Festival returns to Earlsdon RFC for the 2nd year running with 18 teams battling out across Elite and Social Divisions...

This years 7s festival will see 8 Elite teams from across the Midlands (including International team 'Home Nations Deaf Rugby', which is a team comprised of the best deaf rugby players within the British Isles) competing for the coveted Mitch Todd 7s Cup and the Cash Prize up for grabs. The Social Division will see 10 Warwickshire-based clubs competing for the honours of 'Social Team Champions', the winners ending up with an abundance of beverage and food vouchers to spend after the tournament.

The event itself was organised as a fundraiser for the charity 'Rosie's Rainbow Pantry'; a charity set up to continue the legacy of young Rosie Abbott who sadly passed away from cancer. In remembrance and to continue all the fundraising that Rosie achieved in such a short time, all proceeds made at this event will go towards this great charity which supports the families of children going through palliative care at home, in a hospice, or in a hospital.

Aside from the rugby, there will be numerous stalls and games going on with the Wasps pitching up and running a skill station, 'Teezers' Coventry will be running a minigolf course, there will be an open mic in the tent between 1-6 for any aspiring singers to showcase their talent, and Rosie's charity will be running a raffle throughout the day with some fantastic prizes up for grabs including tickets to the Coombe Weekender, Spa breaks, a mountain bike, along with numerous vouchers and drinks. The tent will be serving a range of draught alcohol and soft drinks throughout the day, alongside the 'Fizz Fellas' cart who will be walking round the grounds selling chilled prosecco, blini's and gin cocktails. Food will be available with Rosie's charity running a BBQ serving burgers and hotdogs filled with numerous fillings, a Beef Rotisserie will be there hand carving a Leg of beef slow-cooked over charcoal, 'Totally Wood Fired Pizza' from Leicester will also be there cooking a range of authentic pizzas to order in under 90 seconds in a traditional wood-fired oven, and if that wasn't enough'The Brownie Box' By Emily will be there selling her gooey brownies and monster cookies with ice cream as well.

Please join us on the 20th July from 1130am at Earlsdon Rugby Club in Coventry for an amazing day of rugby, fundraising and remembering two huge characters that will long be forgotten. The entrance fee for the event is a contribution on the gate to the charity of any amount.

*THERE IS ALSO A SOCIAL TEAM SPOT STILL AVAILABLE FOR ANY YOUNG OR OLD TEAMS FANCYING A RUN ABOUT. YOU MUST BE REGISTERED BY 11AM AT THE VERY LATEST THOUGH !!! *