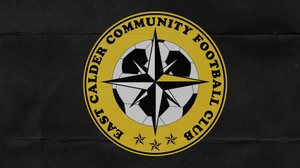 Race Night
Thank you to all who attended the Clubs Race Night Fundraiser on Saturday
We have raised over £2100 for East Calder Community Football Club which is a
massive help to the club finances and will enable us to continue our plan to further
engage with the local community , build positive coaching programmes and create
additional teams under the East Calder CFC badge.
The Fundraising committee have worked very hard in the background getting sponsors,
auction items and selling tickets to help make the night a success
so a massive thanks to you all.

Club Development
Scottish FA Quality Mark Award
I am delighted to confirm that East Calder CFC has successfully been awarded the
Scottish Football Association ‘Development’ Quality Mark Award.
This award is recognition from the Scottish FA South East Regional Committee of the
good practice that has been demonstrated within your Club through the promotion of
safe play and player and volunteer development.
This award is recognition to all the hard work going on in the background from all club
committee members, coaches and volunteers who put countless hours into making
East Calder CFC a club that all members can be proud to be associated with.

Recruitment
East Calder CFC would like to pass on our best wishes and thanks to Karen Fletcher
and Katie Macleod who have recently stepped down as Club Secretary and Treasurer
respectively. We have a Club Secretary in place but are looking for a volunteer
to step forward and take over the Treasurer role, anyone interested
should get in touch with the club.
East Calder CFC are always happy to chat to anyone wanting to help out
either on the committee or as part of the coaching team.
Currently we run coaching and teams for 2010-2001 kids and also have two Amateur
Teams, again anyone wanting to enquire about joining any of these teams please get in touch