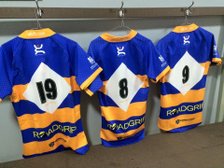 Egham Hollowegians was formed through the merger of the local town team and University Old Boy's side in 2005 to become a single rugby club, and retains this unique partnership into the present day.

Representative rugby in Egham started in 1989 when Keith Heal (who is still actively involved as Club President) and Carl Davies (who's son Geraint now regularly represents the 1st XV) assembled a squad of 18 to play an inaugural game against local rivals Lightwater. Despite some players never having played before, and with just six weeks of training, the pair inspired the team to an unexpected 22-6 victory. Scorers that day were Justin Brown, Andy Clark with a brace, and Davies himself braking two tackles to crossed the whitewash. To celebrate the Club's 20th Anniversary, a repeat of this fixture was played in the 2009/10 season, resulting in an even more emphatic 46-10 victory. 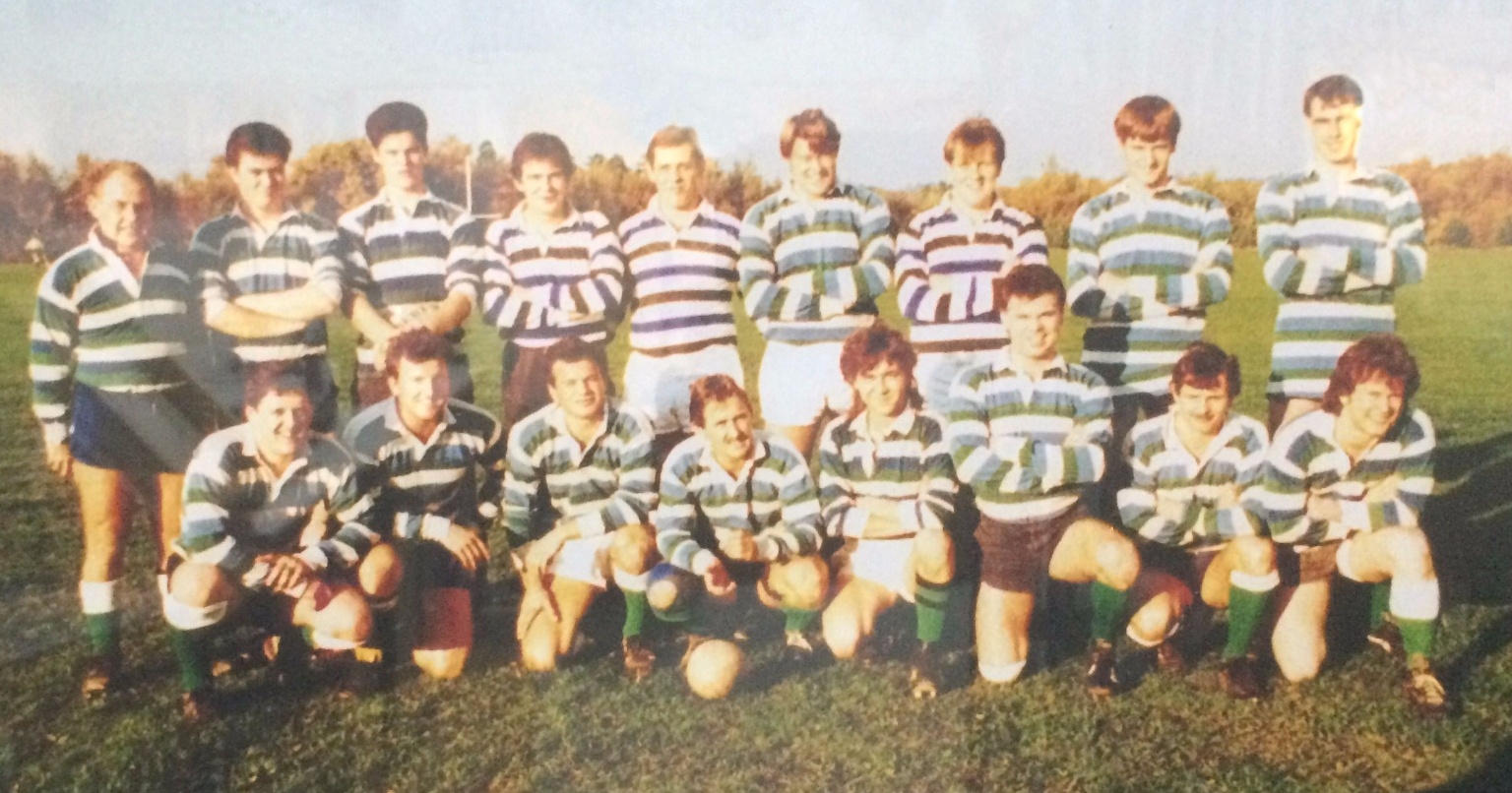 The Club became a voting member of the Rugby Football Union in 1992, with affiliation to the Surrey Constituent Body. competing in leagues which feed into the English Rugby Pyramid System. The Club remains the only adult team playing rugby in Runnymede, attracting players from areas including Egham, Englefield Green, Thorpe, Chertsey, Addlestone, Virginia Water, Ascot and Old Windsor. 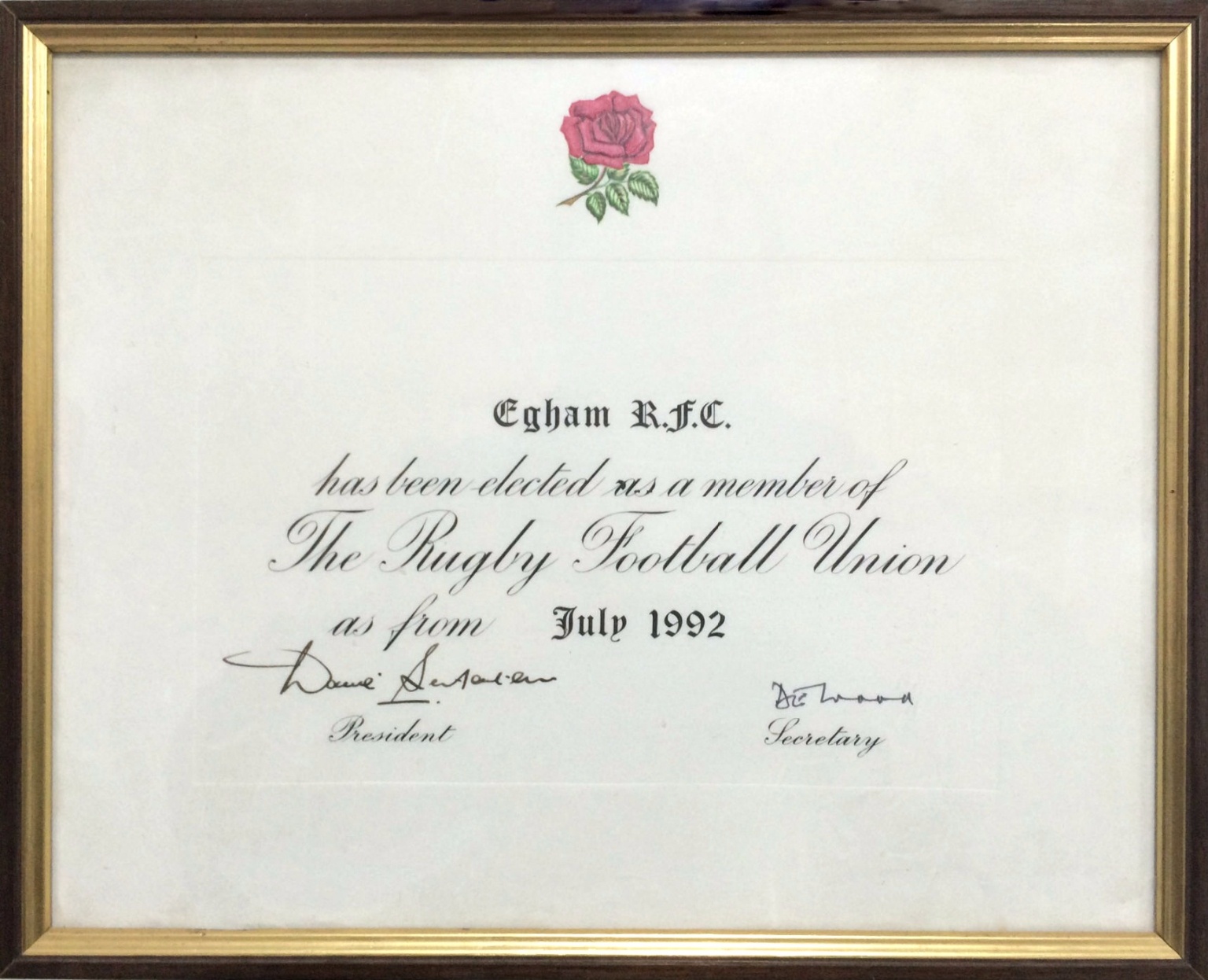 Based at King's Lane, Englefield Green, we provide opportunities for players across a range of ages and abilities. The Seniors' section now regularly fields two teams, with upwards of 70 registered members playing competitive matches on Saturday afternoons. The 1st XV competes in Surrey 4, while the 2nd XV play a mixture of friendlies and competitive games in the Thames Valley Invitation League. The two teams train as a single squad on Tuesday evenings at Royal Holloway Sports Centre under the guidance of Head Coach, Mark Pettit. We have been fortunate to host several guest coaches over the past few season, including Kevin Barrett (current S&C Coach at Saracens and former England Sevens Captain) and Alistair Murdoch (former Wallaby, Warratahs and Exeter Chiefs Winger).

The Club sits at the heart of the local community, and has over 50 kids involved in its Age Grade Rugby setup. In addition, a number of students from both Strode's College and Royal Holloway University feed into the Club's development squads, giving them their first taste of Senior Rugby. Many of these have gone on to become integral to the 1st XV setup, and inject pace and dynamism to our play. 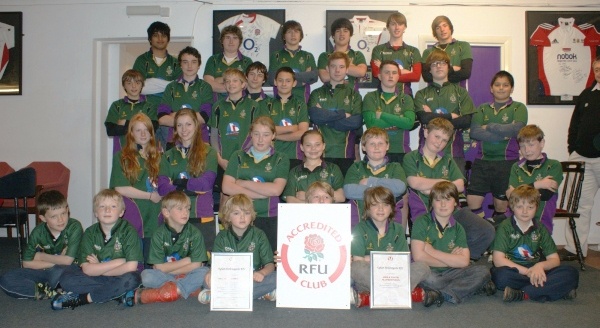 For many years, Egham Hollowegians would play Royal Holloway University in a 'Town vs Gown' fixture, with the winners taking home the Challenge Cup. This was always a closely fought affair, with the trophy regularly to-ing and fro-ing between the College and King's Lane. Though now replaced with an 'Alumni Day' which is exclusively for former Royal Holloway students, the last true Challenge Cup fixture took place in January 2013, with Egham Hollowegians the victors.

In 2007, we hosted our first sevens tournament. This has grown year-on-year, with crowds upwards of 700 persons now coming to watch the shortened format of the game. To date, no team has managed to successfully defend their crown.

In 2012, we started a summer touch rugby programme, attracting women and newcomers to the sport. The Club became an accredited O2 Touch Center in 2014, and entered a mixed team into their first tournament, held at Allianz Park, the home of Premiership Club Saracens. 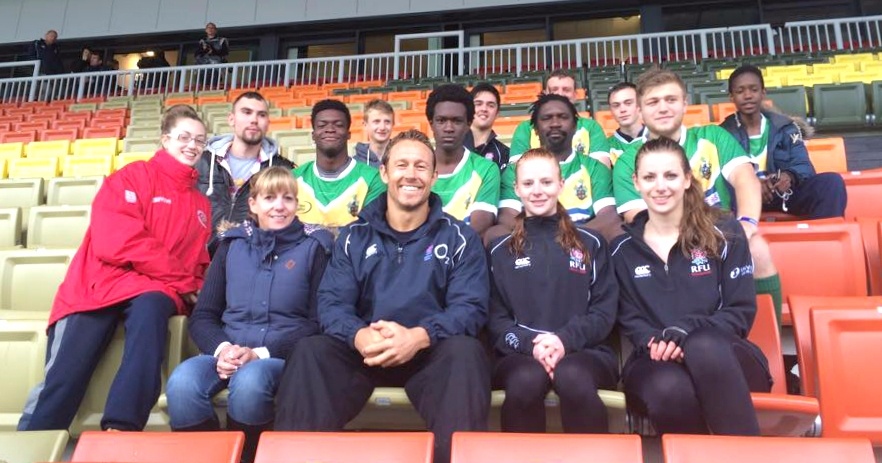 In 2015, at the Runnymede Sports Awards, the Club was honoured to be named as Sports Club of the Year. Heather Bennett was announced as the Surrey County Playing Fields' Young Volunteer of the Year, recognising her contribution to Youth Coaching. At the County Sports Awards, we were named Active Surrey Club of the Year for the first time in our history, beating off competition from another rugby club, Sutton & Epsom.

These successes came off the back of an off-the-field revolution. In January 2014, a combination of heavy rains and stolen lead flashings caused the Clubhouse roof to collapse. In the face of adversity, and protracted legal disputes, our team of dedicated volunteers were able to put in place a series of repair and renovation works, representing the first major investment in the facility since its acquisition some 20 years previously. Thanks to Clarke's Property Maintenance, we now have a modern bar and multi-use function spaces, with changing and showering facilities. 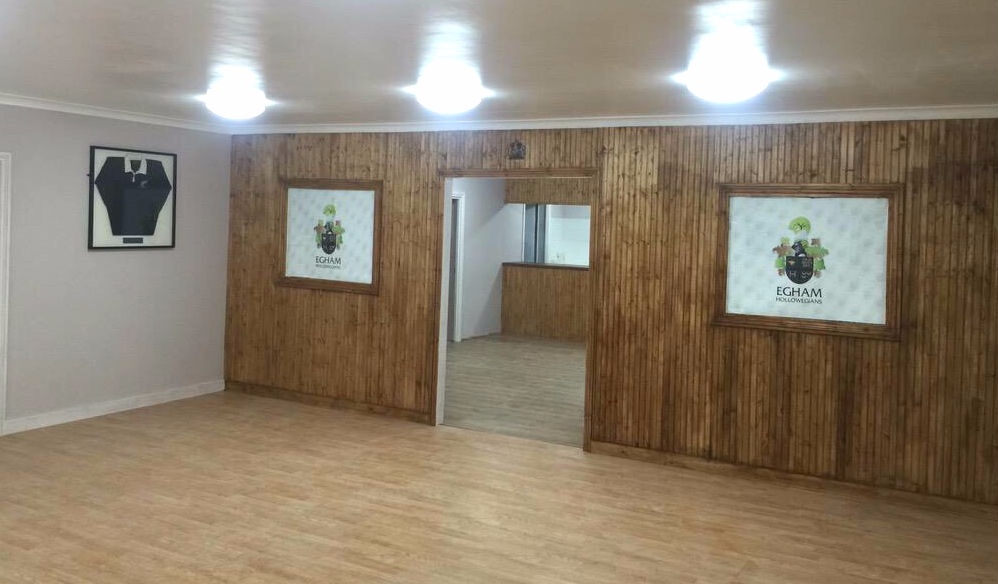