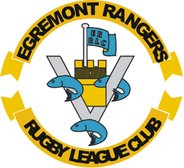 The club have been asked by the Reid family to inform people that Jackie Reid MBE, passed away yesterday on 14th June 2016.

Egremont Rangers would like to pass on our sincere condolences to John and Paul and all the Reid family at this sad time.

Jackie was a true stalwart of the Egremont Rangers club, and a great ambassador for the game of Rugby League. He has helped develop many stars locally and nationally giving them the opportunity to play the game at home and around the world.

His dry sense of humour and sharp witt will be sorely missed in the Club that he helped build and run. After leaving the Forces in 1949, Jackie joined Egremont Rangers and played in the Cumberland amateur side, which won the county championship and went on to play for Great Britain in France.

He then gave sterling service for 12 years to Whitehaven, where he played with the likes of Dick Huddart and against the likes of Alex Murphy and Tom Van Vollenhoven.

Returning to our beloved club he gave another 35 years of fantastic service, seeing the club through good times and in 1973 when the Lancashire cup came to Egremont and in 1990 when the National cup was won.

He has friends all over the world after touring Russia, South Africa, Australia, New Zealand and France, but none closer than those in Egremont,

He will be sorely missed, but he will also be fondly remembered throughout the whole Rugby League Community.

So, from all at Egremont Rugby League Club, we thank you for your service to the club, the community, the county and the Country. It has been a pleasure knowing you and thank you for all the great memories.