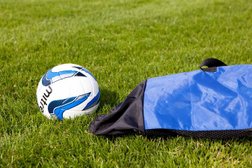 AGM News - The Future is Blue, Yellow and Bright!

At the club's recent AGM, held on 12th August 2018, the following appointments were confirmed:

A good year for the club under the stewardship of Stuart Wilson and Mick Hawthorne, with the overall number of players increasing yet again and with plenty of great performances on the field of play. Our reputation as a friendly community club continues to grow. We have sufficient funds in the bank to maintain operations.

It goes without saying that every club needs a willing group of volunteers to take on official club appointments and what an experienced and dedicated leadership team we truly have. Thank you to the above for taking on the challenge. The future for Eldwick Juniors FC remains blue, yellow and bright!