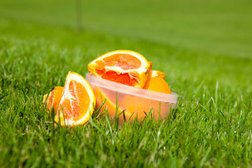 Baresi miss an opportunity to close the gap at the top, with a 1-1 draw at home to East Ham Inter.

Going into this game Baresi knew with a win, they would close the gap at the top and go into the new year knowing they are still in the title hunt with games in hand on the teams above them. However, that wasn't the case as East Ham Inter travelled to Walthamstow looking to make ammends from there opening day 9-6 defeat to the hands of Baresi.

The game started off with East Ham controlling possession in Baresi's half but they didn't get no joy as a few chances from Inter's number 9 were easily saved by Ozkumru in between the sticks for Baresi today.

10 minutes into the game and Baresi finally started to play the football, they have been in recent weeks with one touch and two touch passing, it was a joy to watch on the sideline and the Baresi Ultras were making their presence known by cheering every single Baresi attack and defensive stops. Zerrouki who had come into the side today for his first start since October, and didn't look out of place at all the usual rapid winger playing at Right Back today, which was a tactical decision from the manager, to drop arguably one of the consistent players at Baresi to give Zerrouki a start.

Baresi's first chance came from when Zerrouki won the ball near his 18-yard box passed it out wide to winger Green, who ran at Inter's left-back and left him in the mud as the tricky winger got to the byline and cut it back for Happe who struck right at former Romford Keeper Riddel who was in goal for today's Inter side. Another chance came for Baresi a couple of minutes later, with Kirby flicking the ball over the holding midfielder, nutmegging Inter's captain but his CB partner got across to block the shot.

Baresi were knocking on the door, but could not convert a number of missed opportunities. East Ham's rapid number 9 and number 14 were starting to cause problems but the partnership of Osman and Saiti was strong and firm and were determined not to concede.

The half time whistle came and both sides went into half time without scoring, East Ham being the happier side as Baresi could have comfortably been up by 2/3 goals.

Baresi came out in the second half firing with tackles flying in and with real purpose when attacking, their perseverance finally paid off when Kirby won a free kick on the right side, up stepped Captain Matthews who put a beauty of a delivery into the 6-yard box with Saiti connecting with his head and making it 1-0. despite Riddel getting a hand to the ball, Saiti's header was strong enough to beat the keeper.

1-0 up and Baresi had 25 minutes to see the game out, but a route 1 long ball from the Inter's defence bounced in the middle and with Baresi defenders slipping on a rainy pitch the number 9 picked up the ball and ran through to convert past the outrushing Ozkumru. The game was getting very intense with 5 minutes to go, Baresi felt like they were going to grab the winner, but missed chances in the first half would come back to haunt them as the game finished 1-1.

Man of the match was given to Zerroiki who played outstanding at right-back against a very good winger in East Ham's number 14.