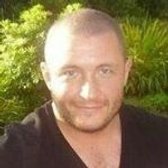 Fitton Hill Bulldogs have a new Coach! 34 year old Warren Druggitt has joined the bulldogs coaching staff, after being one of the star players last season. Former Head Coach David Hughes has now taken over the role of Director of Rugby!

Druggitt, a former professional rugby league player (Salford City Reds & Oldham Bears) has kicked off his coaching campaign by starting the lads on their earliest ever pre-season training, which started Thursday 27th October. He hopes this will give the lads a better opportunity at gaining a top 3 place in the up-coming season.

Recent Thursday night training sessions have consisted of game related fitness, ball work, more fitness and some position selecting for new-comers, everything we do in training will be incorporated onto the field one way or another.

Warren had this to say about pre-season training so far - "We have been training for a few weeks now, the lads haven't had much of a rest between last season and pre-season training, but hopefully that should help us stay fit. I am very happy with the way it is going at the moment, we are improving week on week. Several new guys have turned up which is exactly what we want to see. People having to fight for their positions and shirts every week makes for a much better performance at training, its good to see that these boys are still hungry! Come the start of the new season, we will be a much fitter and a very well drilled team, we will be aiming for promotion next season!"

Fitton Hill Bulldogs will next be in action some time in January, when they face local Conference League side Oldham Saint Annes in the first round of the Standard Cup.

Can Druggitt's side cause an upset against one of his former clubs?

Training is every Thursday night on Hathershaw Playing Fields at 6:50pm until 8pm.