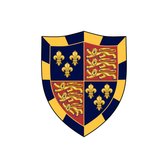 Friday evening saw the senior teams celebrate the 2017/18 season with lots of food, drink, awards and a special guest!

We were very pleased to welcome Red Roses legend Rocky Clarke for a question and answer session and to help present awards for the season.

The season has had mixed success for the 2 senior sections but both have proven their passion for the game and club with tireless recruitment, hard work and bold decisions. Reflecting this, the following coveted club wide awards were shared across 4 people.

The men’s team made the difficult decision to leave their league this season after a trend of low numbers and a frustrating blow when their coach left mid season. The decision to leave brought members past and present together to begin to grow the team again, this resulted in a string of successful friendly matches against local teams. Some of the people involved in the hard work were recognised in the end of season awards, but for those that weren’t, Thank you from everyone at the club and good luck with the continued work in the coming seasons.

The Ladies team were able to reap the benefits of a strong recruitment drive from the previous season seeing them move up in standings of their league. Throughout the season 43 women have graced the pitch from Five Ways Ladies, 12 of which played for Five Ways for the first time. The growing team has allowed for some exciting plans for development of all players in the season to follow.