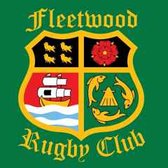 Fleetwood grind out a win - Report by Steve Doherty

Fleetwood entertained old friends Aldwinians on a wet pitch at Melbourne Avenue. Recent games between these two sides have been close and this was to prove no exception. Early possession for Fleetwood was met by resolute defence from the men from Manchester and they soon turned defence into attack, earning a penalty in front of the posts when Fleetwood strayed offside. This was converted to give the away side a 0-3 lead. After a period of sustained pressure by Fleetwood Tom Evans cut through the Aldwinians defence for a try that he converted himself. 7-3. Just before half time a quick tap penalty by the Fleetwood scrum half resulted in a yellow card for the visiting prop for an early tackle, but the visitors defence held firm and the half time score was 7-3.

Early in the second half both Fleetwood and Aldwinians lost a prop for 10 minutes as they both received yellow cards. Tom Evans increased Fleetwood’s lead with a penalty before Aldwinians hit back with an unconverted try. 10-8.
Evans increased the lead to 13-8 with another penalty with 10 minutes to go. Defences had been on top all through this game but the final 5 minutes saw Fleetwood under intense pressure from a series of 5 metre scrums. The forwards stuck manfully to their task and eventually earned a penalty that gave them the opportunity to put the ball into touch for a win.
Aldwinians can count themselves unlucky and in all fairness a draw would have been a fair result. Best wishes to them for the rest of the season and we look forward to visiting them later in the season.
Match sponsors C&L Installations awarded the Man of the Match to Chris Jones. Many thanks to Craig and Lisa for their continued support.