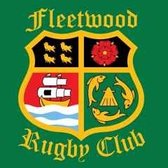 Barclays Cup U12's Round 1
Well done to all the boys who played today comming away with two wins.
Tarleton 0-7 Fleetwood Close game against Tarleton with only one score between them. Great defence prevented a late surge from Tarleton to hold out for the first victory of the season.
Try - Kieran Con - Mitch
Blackburn 0-33 Fleetwood
With confidence up the boys started to play some strong attacking rugby with 4 tries from the backs who put in the best performance so far this season. Not to be outdone a charging run down the wing by prop Ryan C to score in the corner.
Scorers Try - Luke B, David W, Harry P[2] and Ryan C Con - Mitch[4]
A great team performance with David and Ryan scoring thier first tries for Fleetwood.