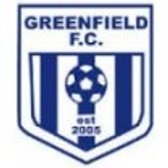 Silkmen use their heads to good advantage

For the opening half an hour there wasn't much to choose between the two sides, with neither goalkeeper being seriously tested. Then with 10 minutes to go before the interval, Flint made the breakthrough with a Richie Foulkes header from a corner.
Two goals early in the second half effectively settled the match in Flint's favour. James Hooper headed home Flint's second from a Mark Cadwallader cross, before Jack Pickering rounded off the scoring with another header, Joe Palmer providing the assist.
Flint could have added to their tally as both Hooper and Cadwallader had good sights of goal, but the former was denied by a good save, whilst the latter saw his effort strike the post.
Thanks to our friends and neighbours Greenfield for hosting us and best wishes to them for the coming season. Meanwhile, our attention turns to Friday night when we face a stiff test as we travel to GAP Connah's Quay.
Share via
FacebookTwitter
https://www.pitchero.com/clubs
Recent news