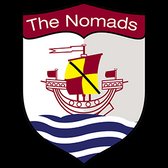 Nomads prove too strong for Flint in final pre-season test

After a closely contested first half, the Nomads ran away with the game in the second period, and fully deserved the win

Flint enjoyed plenty of possession in the opening 45 minutes, but were unable to fashion any decent goal scoring chances, as striker Andy Brown as well marshalled by the Nomads defence. As the half wore on, the Quay came more into prominence, and the goal they had been threatening arrived just a minute or so before half time. A collective lapse in the Flint defence allowed Callum Morris to ghost into some space, and he calmly steered the ball past Ben Jones from around 12 yards.
In the opening ten minutes of the second half, Flint had a couple of sightings of the opposition goal, but some wayward finishing meant that the home keeper was still not seriously tested. Then, on 58 minutes came the second killer goal. A cross came in from the left and Michael Wilde met it just beyond the far post. The ball squirmed through Jones' hands and was adjudged to have crossed the line before it was cleared.
From then on, it was backs to the wall stuff stuff for Flint, as Nomads turned up the heat. The introduction of a couple of trialists for the home side only served to increase the pressure, as they looked to impress, and one of them was on hand to finish off a fine move on 62 minutes with a headed goal.
The final scoreline could have been worse for the Silkmen, were it not for two excellent reaction saves from Jones, who kept out what looked to be certain goals.
The Nomads demonstrated just what a potent force they could be in the Welsh Premier this coming season, whereas another 90 minutes against very strong opposition will have proved invaluable for Flint boss Andy Holden, as he ponders his options for the opening game against Ruthin in a fortnight's time.
Share via
FacebookTwitter
https://www.pitchero.com/clubs
Recent news