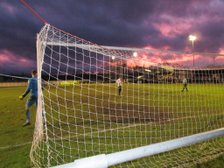 Flint pushed their Welsh Premier League opponents all the way in this classic cup tie, only to be denied in a penalty shoot out.

Flint MOM - Richie Foulkes (so many good Flint performances to choose from, but Foulkes just edges it thanks to his sublime goal crowning his all round play)