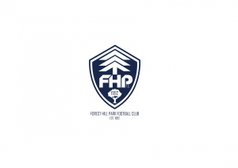 Forest Hill Park FC was officially formed in 1992. A group of keen young footballers (Dean Dennis, Peter Stephens & Clayton Walters) - residing in the Forest Hill and Honor Oak Park areas in South East London – decided to form a team, register with the Football Association, that could compete in a structured football league, a progression from the weekly matches in Honor Oak Park.
The club name derives from the area links between Forest Hill and Honor Oak Park, SE23 in the London borough of Lewisham. The club badge was designed around each elevated arrowed tree stands for each founder member and the Oak tree of Honor, in One Tree Hill SE23, which is a woodland nature Reserve offering superb views over south London and beyond.
We joined forces with local side Lewisham Steelers and entry into the Crystal Palace and District Sunday league in 1992 proved to be a positive step. Many of the players were playing a higher level of football on Saturdays, and due to the success of FHP, it was decided that Saturday football was the next step. Entry into the Bromley & District League was achieved. Our home ground was at Burbage Road in Dulwich for a few seasons but it was agreed to move back into Lewisham borough. Another move developed as we applied to and competed in the South London Federation League for two seasons. In that spell with we were runners up in the league cup.
We then transferred over to the South London Alliance league 2001 playing at Catford Wanderers Sports ground. The committee members of the sports club saw our potential and requested that we play under the name of Catford Wanderers FC ‘FIRST TEAM’. We obliged for two seasons but it was felt, by the committee members, that Forest Hill Park FC must retain their identity and consequently reinstated their name with the league. A new dawn ensued as FHPFC, with the club name back and also securing a new home ground in the heart of the borough at Ladywell Arena. Progression through the South London Alliance League followed, after being crowned as Division one champions 2005/06 and runners up in the premier division for the two following consecutive seasons. Entry into the Vandanel Kent County Football league in 2008 was gained. In the second season FHP were crowned Division 2 West Champions and gained promotion to Division 1 West. The formation of a new Step 6 league in Kent was on the horizon, open to clubs of suitable standings. FHP fitted the membership criteria and applied to join the new league, but, bizarrely a ruling from the FA deemed the application unsucessful. In spite of the disappointing news of Step 6, that 2011 season saw FHP win the West Kent Challenge Shield. A slow building process by joining links with other clubs in Lewisham, allowed younger players a pathway into adult county level football. FHPFC have always strived for progression and enjoyment of grass roots football by forming partnerships with other groups, gaining the prestigious charter Standard accreditation in 2010, The FA intermediate status, Lewisham Football Partnership and newly formed reserve side for season 2011/12. Slow building followed, Season 2014/15, FHP were Hospitals Charity Cup finalists and successful in their renewed application to become members of the Step 6 Kent Invicta League for 2015/16.